The 960 Sequencer is legendary. Originally created by Bob Moog, Roger Arrick currently sells a clone through Synthesizers Dot Com. After building the Klee, I wanted a traditional powerhouse sequencer, to go along with the Crazy New Age Klee. Plus I like Tangerine Dream, and you can see a few 960's twinkling away in some live videos of them. Unfortunately, there were no existing Eurorack projects.

This was my first attempt, working purely from Moog's original schematics with a dose of ignorant enthusiasm. I was still working with a free copy of Eagle at the time, and could not make PCBs bigger than 80x100mm, so the multiple boards were a work-around. The passives, diodes, and transistors were surface mount, while the ICs were through-hole. No, I don't remember why. This didn't work worth a crap, and I regret all the parts I wasted on it.

A year later, the failure hidden in the back of my wardrobe to one day harvest the switches from, I found, browing the internet, that Remy in France was good enough to post a page in his website about his own 960 clone, along with his own schematics! His version was for 5U, Moog-size systems, but I could use these, so I worked up some new PCBs. This time, as well as Remy's good schematic, I also had a Hobbyist licence for Eagle, meaning I could design 160x100mm PCBs. I still had to break it into chunks, but this time I could put all the main parts onto one PCB. I broke it up into chunks, with (Clock), (Sequencer), and (Output). Victory! It doth work! And I can now see why this sequencer has the fame it does -- the Column In/Out jacks are more useful than you'd think, as are the Stop/Normal/Skip/Reset switches for each stage. Add to that the variable timing for each stage with the '3rd Row Timing' switch, and it's a hell of a lot more usable than you'd suspect.

I'm still thinking about this, though. Reprogramming it means rewiring a lot of 4000 series logic. I'd like to redesign this to use a Teensy or something. I have to think about it.

I later added a Gate Sequencer slave module. This uses the Expansion header I included in the Euro960.

This is basically the gate for each stage, going through a switch, going to a big eight way OR gate. The 'Merge' switch selects whether the output is ANDed with the clock signal or not.

And, after watching some of Roger Arrick's videos on using the 960, I noticed that he got a lot of mileage out of the 962 Sequential Switch in conjunction with the 960 itself. I had to get me some of that. 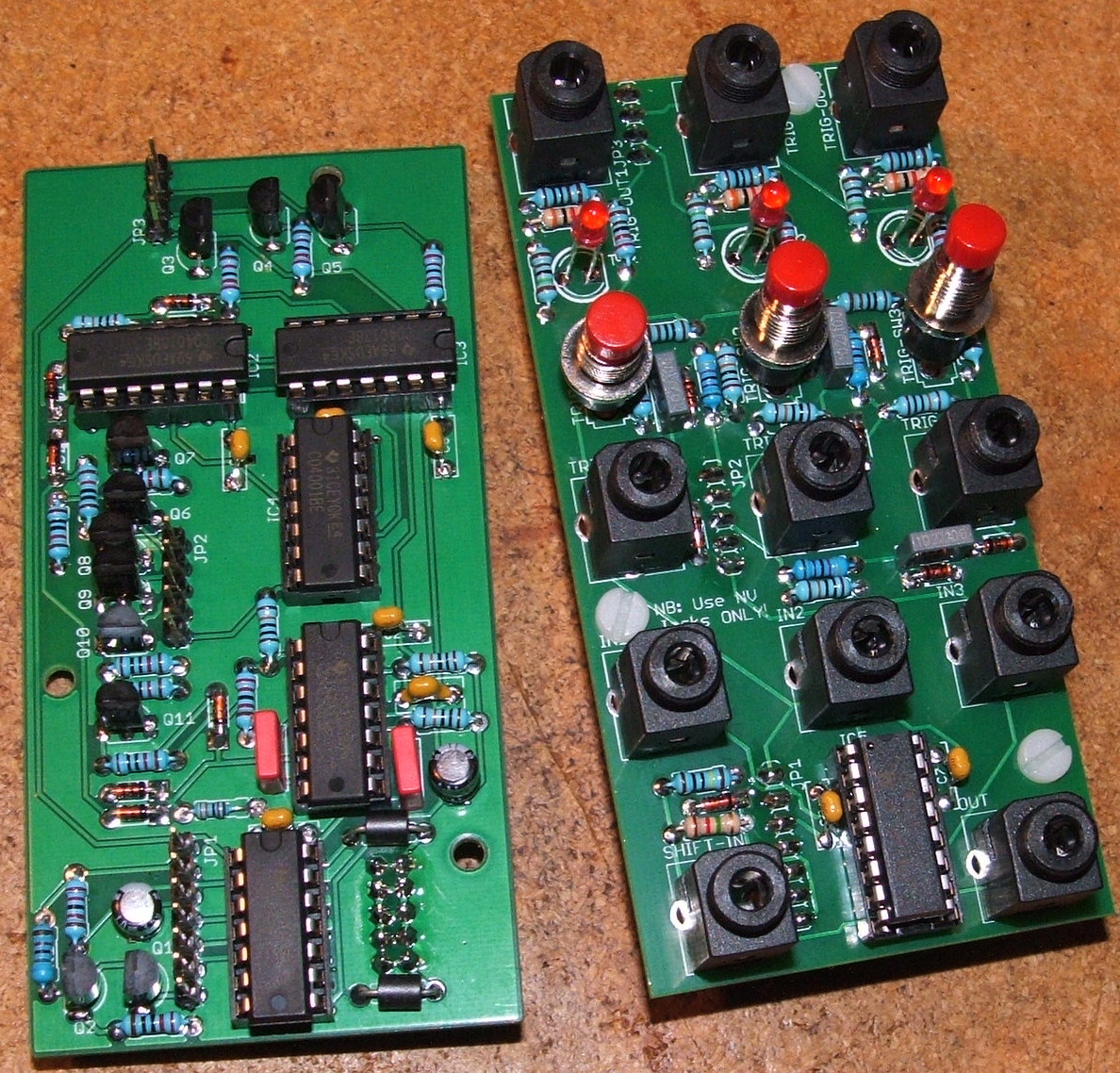 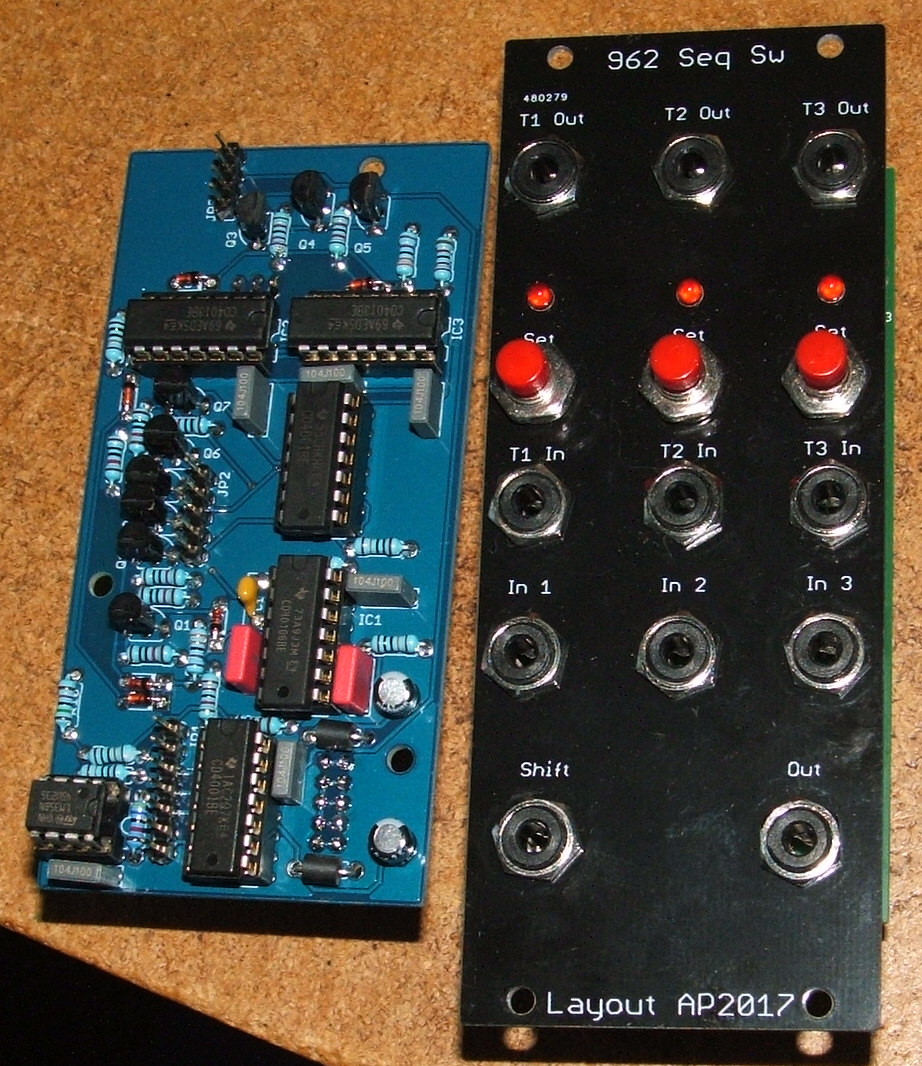 Again, this was due to Remy's schematics. I had to modify them, though -- I don't know if it was due to working with +/-12V, rather than his +/-15V, but the clock input was not cutting the mustard. So I replaced that part entirely with the clock input circuitry from the Baby Ten, since I knew that one worked very well.

Unlike the original 962, this one is bi-directional. It also doesn't have the odd signal level limits that the original has, either.